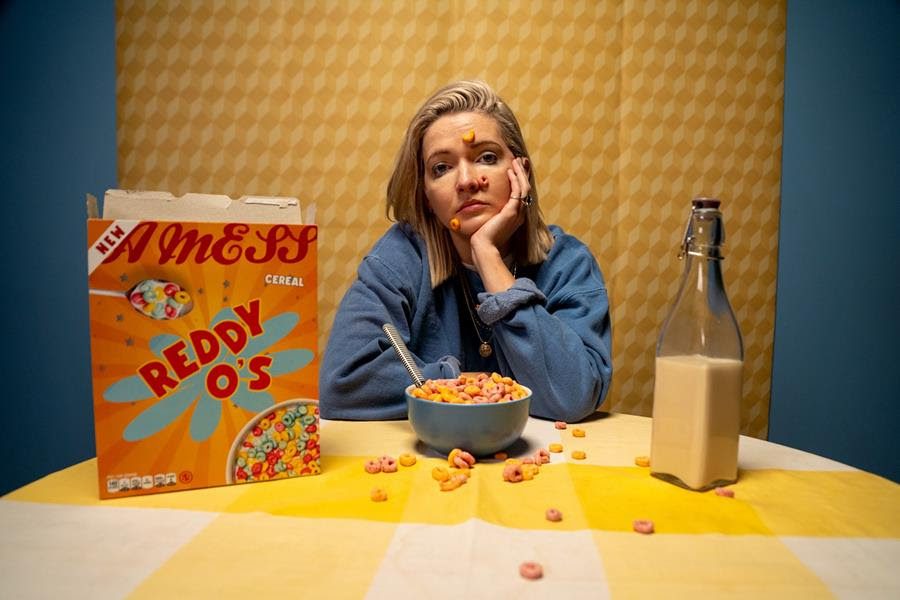 Ailbhe Reddy has a disarming sense of honesty.

Lyrically, she's an over-sharer – funny, astute, and always on-point, the Irish artist pours her feelings into her music, and let's the world listen on their own terms.

Her debut album 'Personal History' landed back in 2020, was amid widespread acclaim it climbed to the shortlist of the Choice Music Prize.

Surging into fresh areas, Ailbhe Reddy returns with fuzzy-buzzy new single 'A Mess' and it's a riotous ear-worm.

A helter-skelter pop song, 'A Mess' tries to pin down why those old patterns of behaviour forever shine through, a kind of self-analytical blast of guitar pop energy.

She comments: “‘A Mess’ is about not feeling good enough in a relationship and examining old patterns and habits. It’s about feeling fed up of going around in circles, while focusing on a throw away comment that ‘no wonder it was such a mess’.”

Georgia Kelly of CLTV directed the super-fun visuals, which match both the exuberance of the arrangement and the quiet melancholy of the lyric.

Ailbhe adds: “I wanted to keep the playfulness of the music alive in the video and make sure it was tongue and cheek rather than very serious. Georgia came up with a few scenarios that were funny representations of feeling ‘not good enough’ and giving up.”

Ailbhe Reddy, track of the day